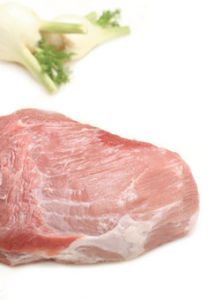 Pork production has a long tradition in Germany. The methods and structures of production have reached high levels, and animal genetics, animal health, production equipment and hygiene are continually being improved.

Around 26 million pigs for producing meat are kept in Germany. The stock of pigs is mainly concentrated in the North West of Germany. With around 30 per cent of the stock of pigs, Lower Saxony is the most important production location in Germany, closely followed by North Rhine-Westphalia and Bavaria.

In 2020, almost 53 million pigs were slaughtered in Germany to produce 5.1 million tonnes of pork. Germany, therefore, is the largest pork producer in Europe. Internationally, Germany is third behind China and the USA.

Germany exports more than 2.7 million tonnes of pork to over 100 countries, thereby meeting much of the growing demand for high-quality meat.

German pig-fattening is shaped by the diversity of the different breeds. Therefore, alongside high-performance animals that are a cross-breed of the German native breed and Pietrains, there are numerous traditional pig breeds such as the Swabian-Hall Swine, the Bentheim Black Pied and the Angeln Saddleback. All breeds are known for being healthy and producing outstanding meat.

As the number of businesses that keep pigs declines, specialisation is increasing. Today there are 26 million pigs in 20,000 businesses. Some 60% of all pigs are reared in businesses with more than 1,000 animals. Ever increasing productivity has led to the production of pork reaching record levels.